Snowflake, like many other MPP databases, uses micro-partitions to store the data and quickly retrieve it when queried. In Snowflake, the partitioning of the data is called clustering, which is defined by cluster keys you set on a table. The method by which you maintain well-clustered data in a table is called re-clustering (NOTE: Snowflake has recently introduced automatic clustering)

Snowflake leverages the metadata it maintains for each table and scans only the micro-partitions that have the required data, significantly accelerating the performance of queries that reference these columns 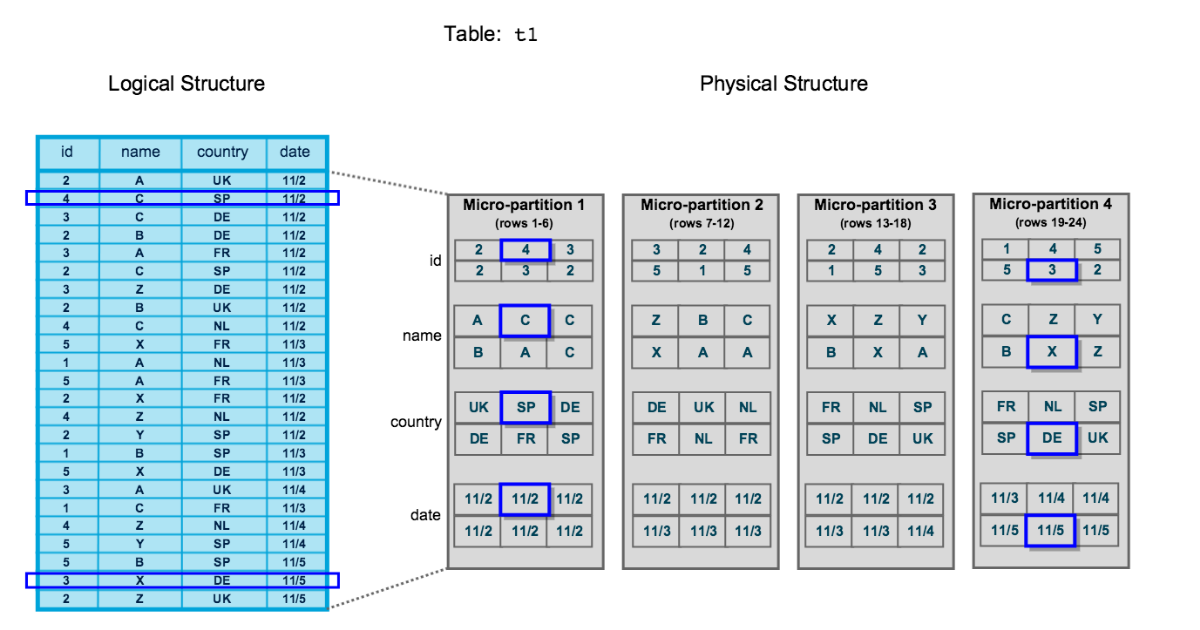 What are Snowflake Clustering Keys?

Snowflake uses the Cluster keys to sort the data in the tables and then it splits the data into multiple micro-partitions in the same sort order.

What happens during a manual reclustering?

For example, if I am doing the below recluster, 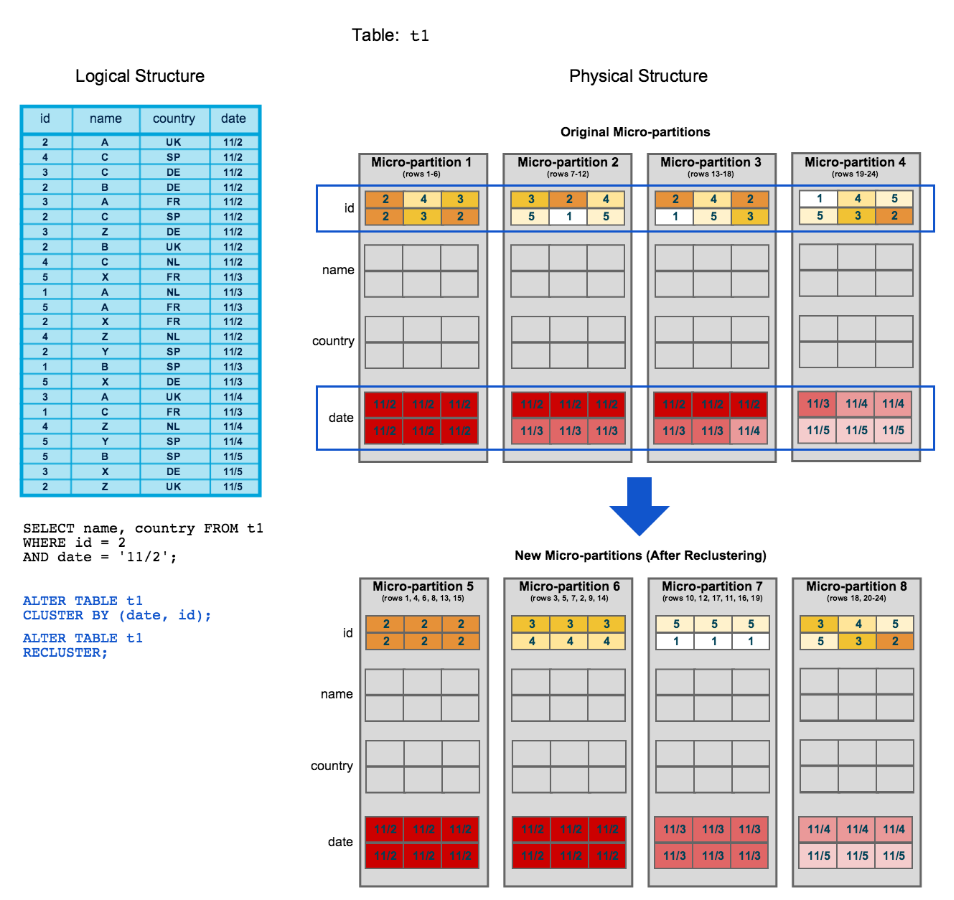 How to choose the best Clustering Keys

How often to recluster

Even if you specify a cluster key, snowflake will ignore it unless a "RECLUSTER" command is issued manually, so make a note to recluster your tables frequently if you have a lot of DML's happening on the table. When loading new data make sure you are re-clustering the table after each load. If you are trickle loading, you can separate the load and re-cluster process by re-clustering every several minutes rather than with each load.

NOTE: Snowflake has recently introduced an automatic recluster feature. Where snowflake will recluster the tables on its own in the background. which is a nice feature to make use of

system$clustering_ratio provides a number from 0 to 100, where 0 is bad and 100 is great. We found that the ratio is not always a useful number. For example, we had a table that was clustered on some coarse grain keys and then we ended up adding a UUID to the cluster keys. Our clustering ratio went from the high 90s to the 20, yet performance was still great.

The clustering_information function returns a JSON document that contains a histogram and is a very rich source of data about the state of your table. Here is an example from one of our tables:

The goal is to have the histogram buckets be skewed towards the lower numbers. As the higher end of the histogram grows, Snowflake needs to do more I/O to fetch a cluster key, resulting in less efficient queries. 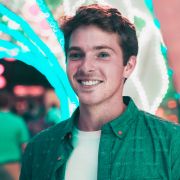